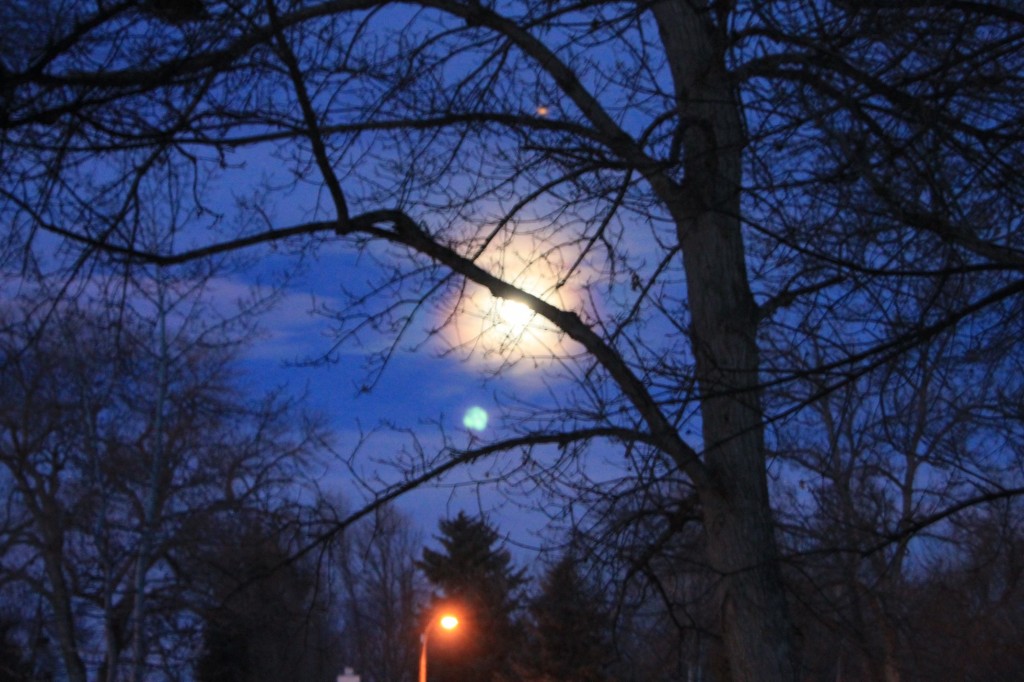 the moon, venus (my guess) and man’s light seen from my front porch

The Lord said to Moses: “You are going to rest with your fathers, and these people will soon prostitute themselves to the foreign gods of the land they are entering  They will forsake me and break the covenant I made with them.

In Moses’s song he describes it this way:

The Lord….He found, He shielded, He guarded, He hovered as an eagle, He carried, He led, He fed, He nourished.
Israel’s response to the God who made him, the Rock his Savior….. he grew fat, he abandoned, he rejected , he deserted, he forgot. 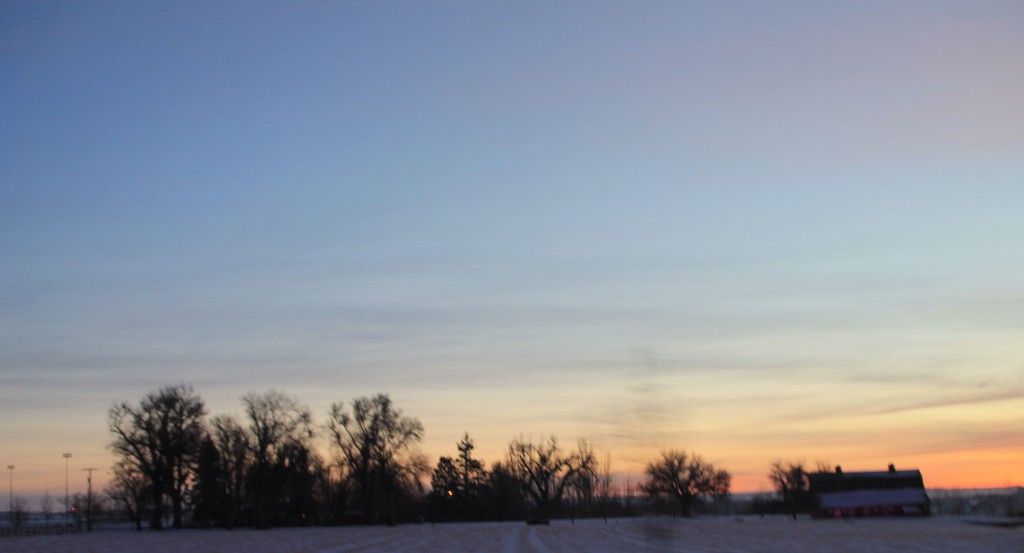 daily sights-this one, my favorite barn on the way home from dropping hannah off at school.

for the past 9 months i’ve journeyed along with these people.  beginning with the Mighty One’s rescue from slavery in Egypt, His salvation through the red sea, His care in the desert, all to bring them to a land flowing with milk and honey-to give them life.  and yet, the very gift of life becomes the means by which they reject.

He knew this beforehand.  and He gave them life anyway. 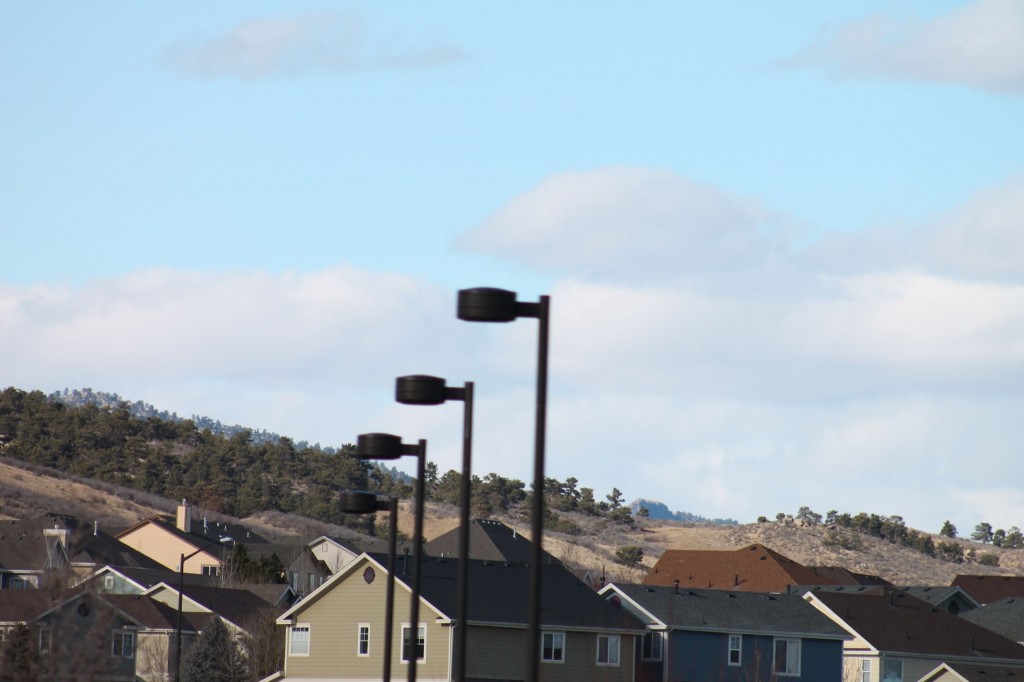 this one taken by my daughter hannah

Before the Lord God made man upon the earth, He first prepared for him a world of useful and pleasant things for his sustenance and delight. In the Genesis account of the creation these are simply “things”. They were made for man’s use, but they were meant always to be external to the man and subservient to him. In the deep heart of the man was a shrine where none but God was worthy to come. Within him was God; without, a thousand gifts which God had showered upon him.

But sin has introduced complications and has made those very gifts of God a potential source of ruin to the soul. Our woes began when God was forced out of His central shrine and things were allowed to enter. Within the human heart things have taken over. Men have now by nature no peace within their hearts, for God is crowned there no longer, but there in the moral dusk, stubborn and aggressive usurpers fight among themselves for first place on the throne.

…..The roots of our hearts have grown down into things, and we dare not pull up one rootlet lest we die. Things have become necessary to us, a development, never originally intended. God’s gifts now take the place of God, and the whole course of nature is upset by the monstrous substitution.

-A. W. Tozer from The Pursuit of God 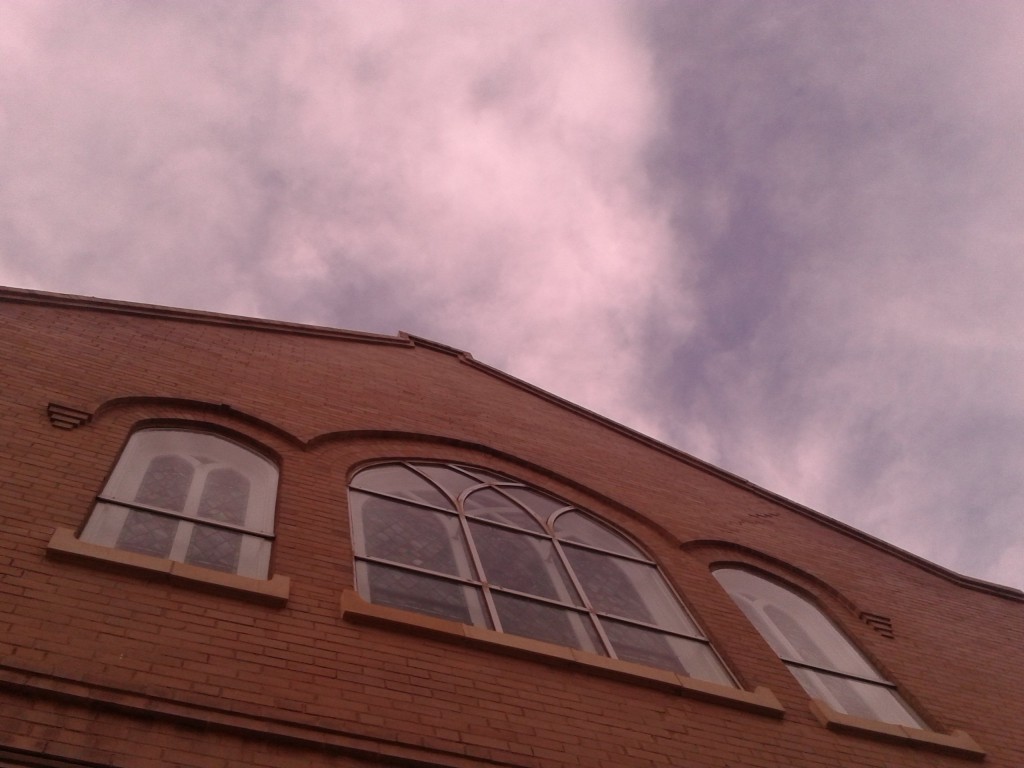 church next to the bus stop, across from the downtown Safeway where the homeless and addicted congregate. 3 blocks from home.

The Ever Near One sustained me with personal and specific truth during all those sick days, those 54 perpetual sick days. now that He has released me from my sickbed, he’s weaving together in my heart some new things.  Jesus said; “I came that they may have life, and have it to the full.”  won’t you come along and explore this topic with me? 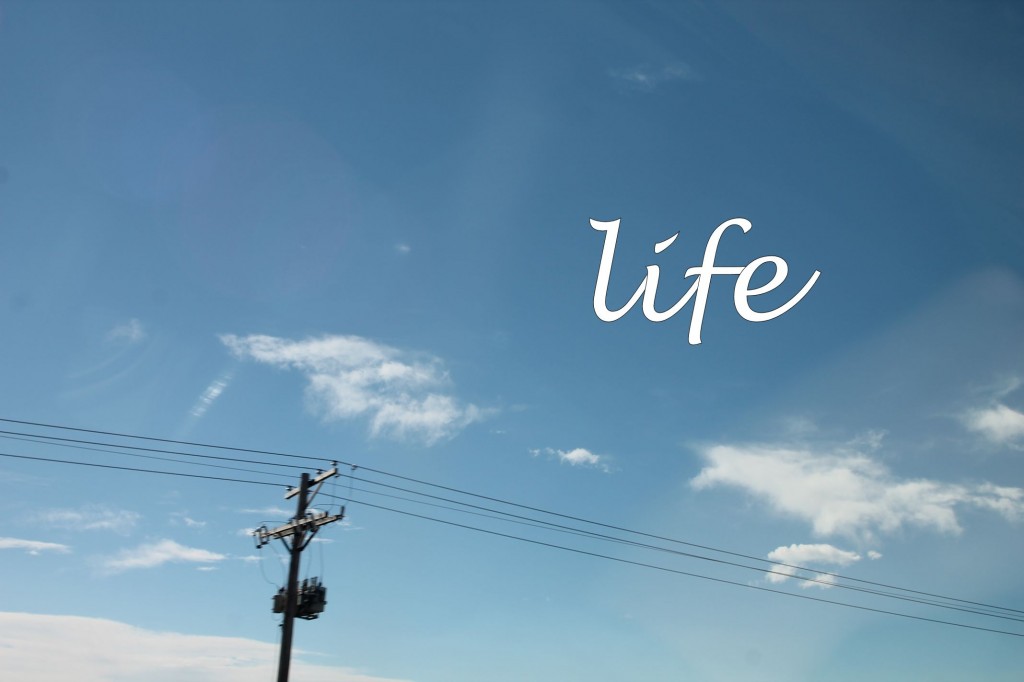 to draw further in, Deuteronomy 31 and 32 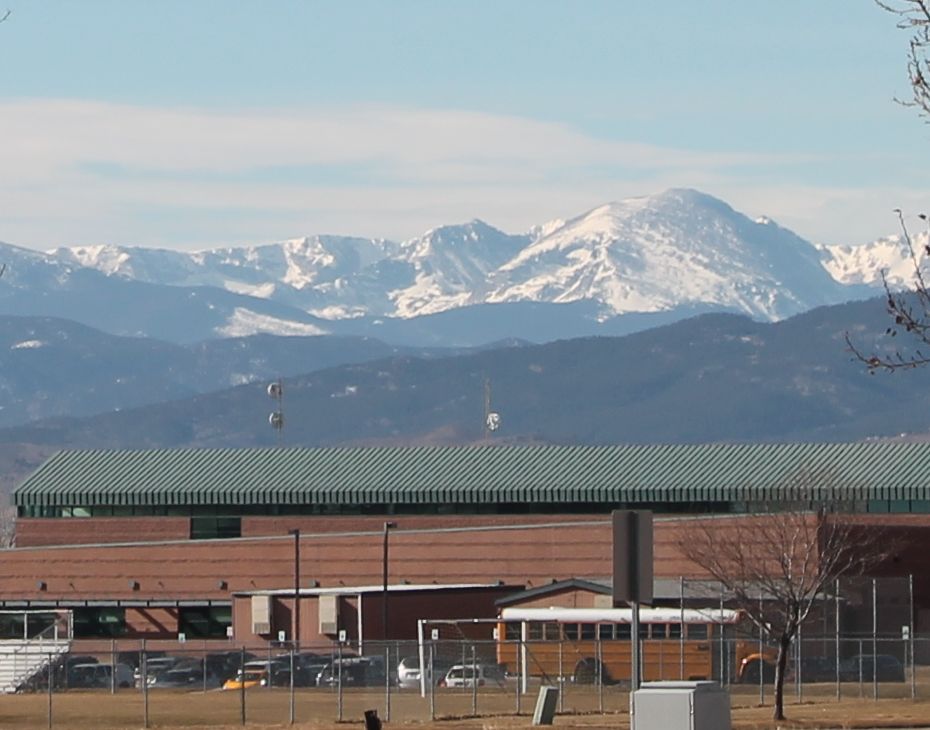 it was early on an unassuming Saturday morning when i am given that glimpse of the mountains and subsequent truths to tuck away and rest into.  it won’t be even 24 hours later when i will need desperately those very truths-and i could not have predicted, prepared, or known beforehand that would be the case. 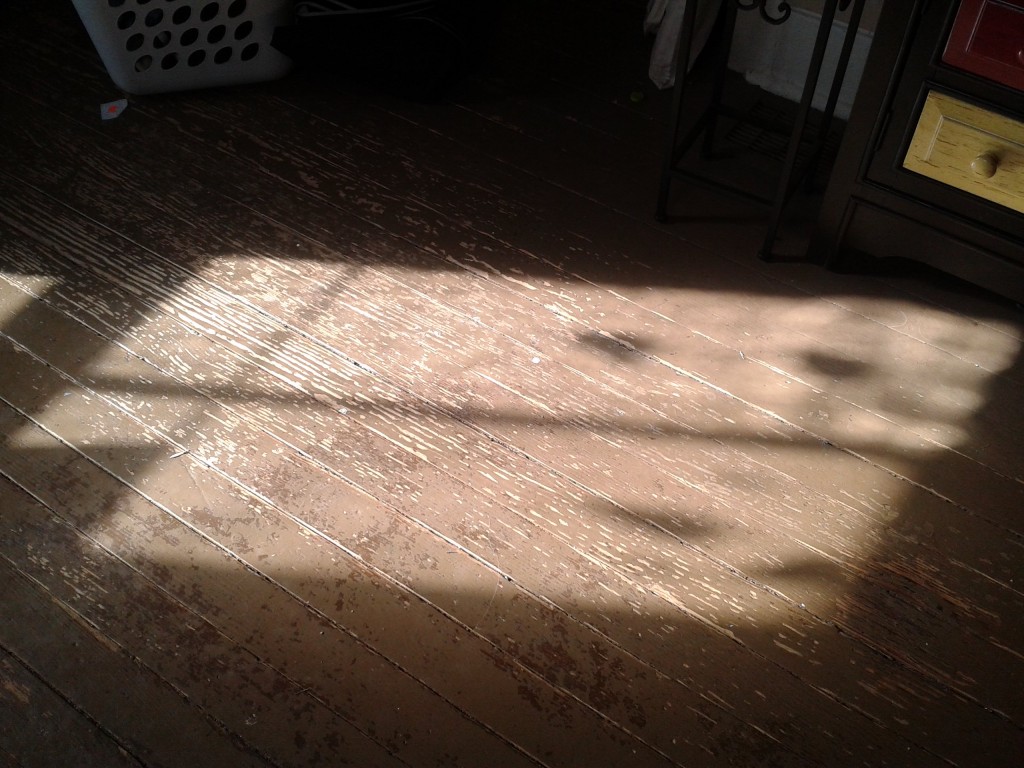 these days it’s the little things that are having a big impact.

the sun shining through my window warming my feet sends my soul soaring.

waking up to yet another sick one sends my soul plummeting.

the thing that is causing me to be wonderstruck is the fact that the One who sets my feet like the feet of a deer, He keeps one step ahead of the slow drip of discouragement and provides Truth.  He moves within the hearts of those dear ones He’s surrounded me with and sends them with soup and voices speaking words that cheer and delight, lovingly giving to this heart that is so tired and unable to offer anything in return.  it’s such a picture of the gospel-so very Christ like and i doubt they even realize how well they represent Him in their offering.

this comforting beforehand carries a depth to it because it reminds me that He has hemmed me in behind and before and laid His hand upon me.  He saw all of this coming, He sees all of this happening, and He doesn’t prepare me by giving me a better life-plan (do and do, rule on rule) but a better understanding of Who He Is and How He loves.

When i said my foot was slipping,
Your faithful love supported me
In the multitude of my anxious thoughts within me
Your comforts cheer and delight my soul. 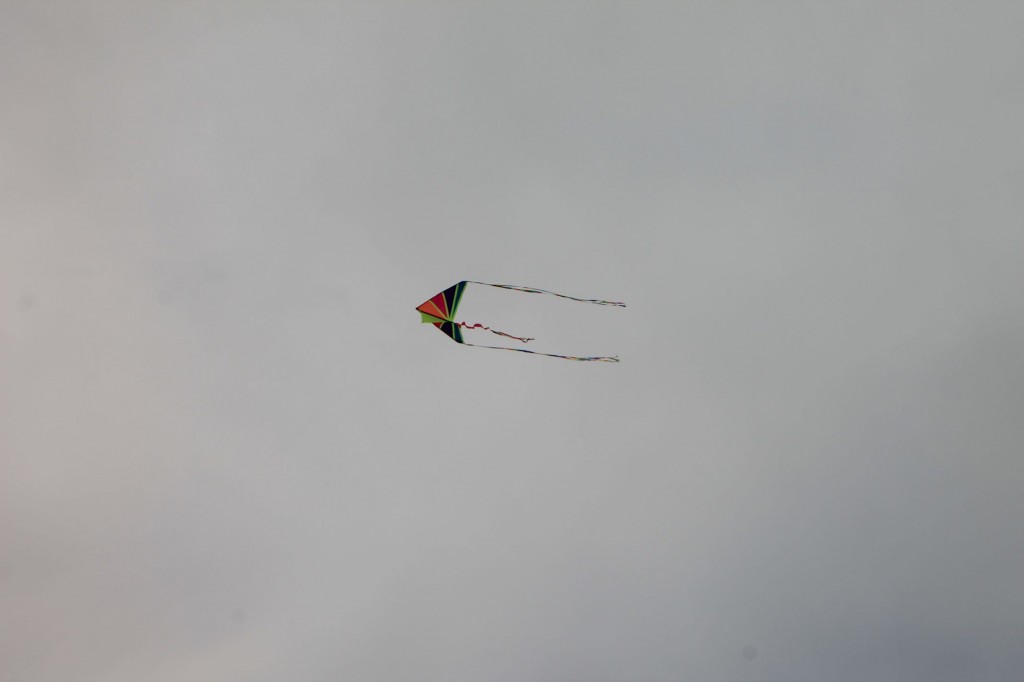 Whoever fears the Lord has a secure fortress,
and for their children it will be a refuge.

the door slams and i start washing the dishes. the tension is thick and i think to myself, no one is feeling very safe or very loved right now.  how can a fortress provide refuge if the battle is inside its walls? 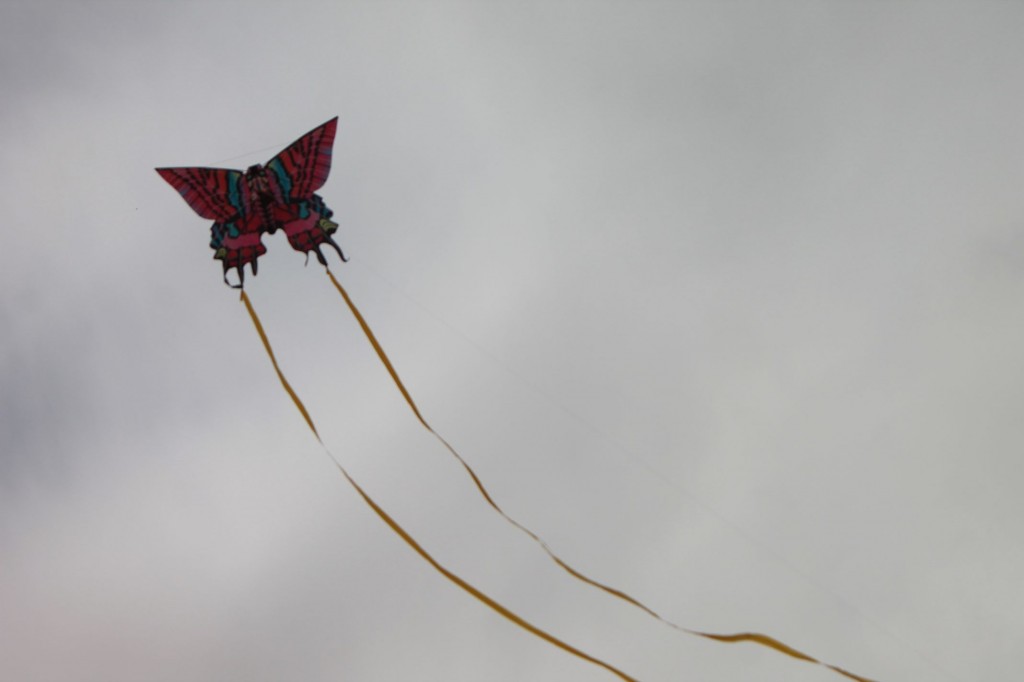 i stew in all the ways that i am right and have been offended.  as is often the case with these dishes of mine, the Spirit begins to stir within and i’m told to pursue.  to seek out.  to walk the path to where she is hiding out.  and i’m reminded of all that i do not know and all that i long for our home to provide to it’s inhabitants and all the ways it doesn’t. 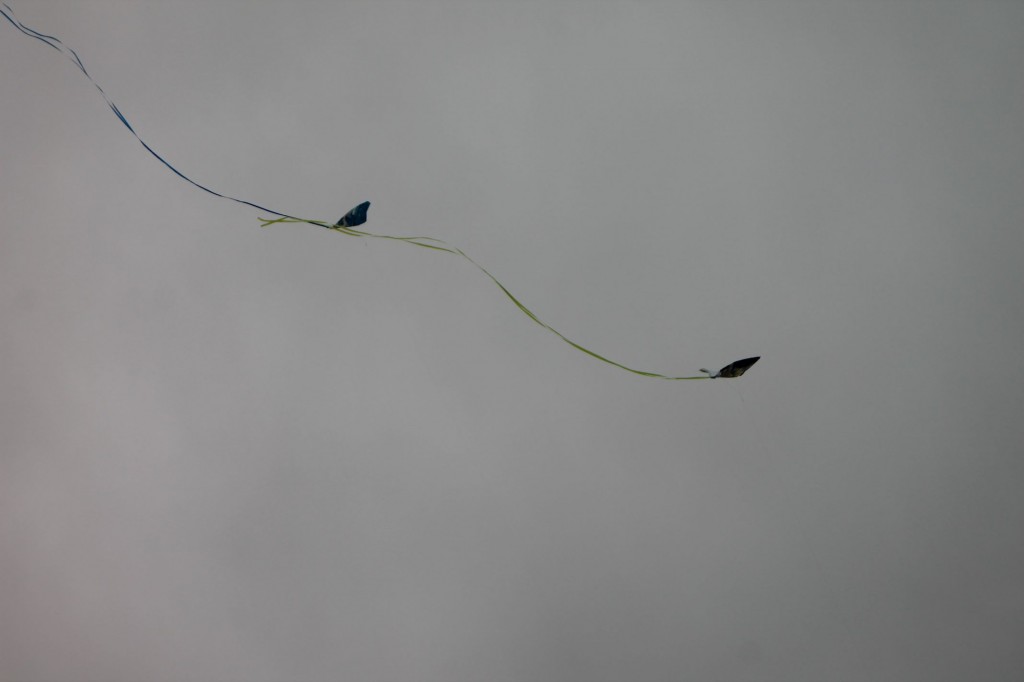 and so i walk the path and do not expect the tears i find.  we walk the path back together with dad (who is so logical and steady) and talk it all through and at the end we have come to understand each other (related to this particular issue anyway) and it makes all the difference. 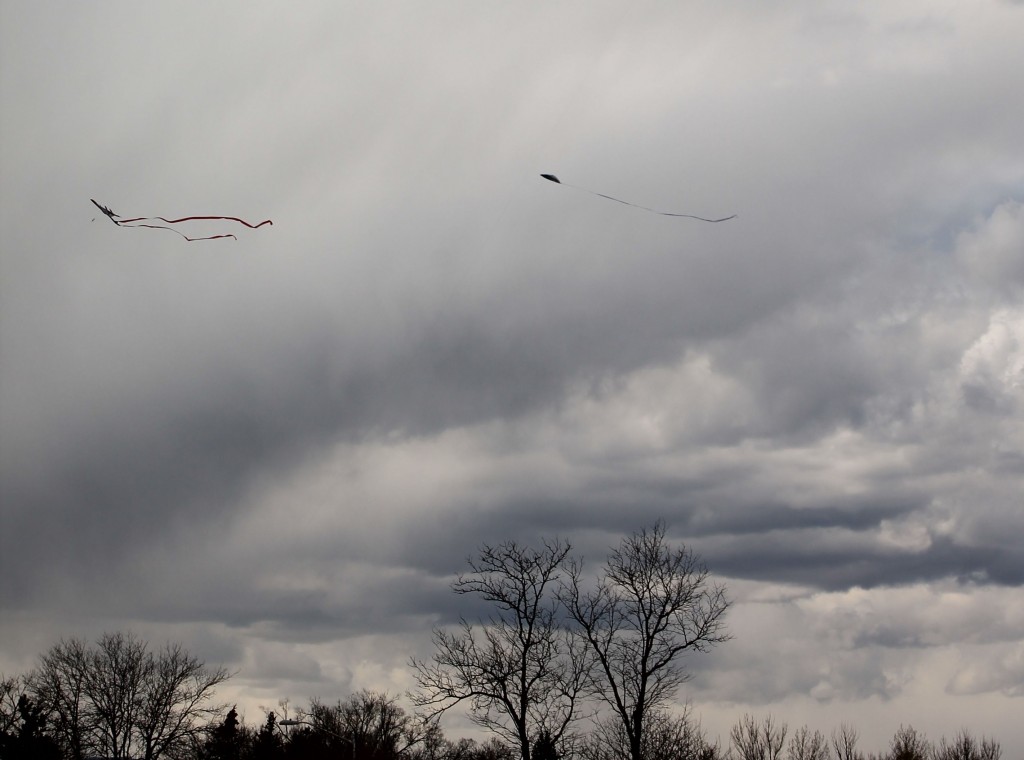 i too am hiding away in my pain and grief related to this season and all the ways we’ve failed eachother.  and He pursues.  He walks the path towards me and together, my Steady One and i talk it all through…..

You have said i’ve been redeemed from the empty way of life handed down to me from my forefathers.  -1peter 1:18

and i resolved not to hand down an empty way of life to my kids.  but deep within i fear that is the very thing i’ve handed down.  which leads me to wonder;

it is not perishable things that redeem, it is only the blood of Jesus and i too am helpless in the handing of  that down…..except for a demonstration of my own neediness for it, of our neediness for it.

this is what these teen years have been revealing to me-the wounds have not been covered by all the things, even the good and obedient things.  they can only be covered by Christ’s blood.

oh Father, that she would…..that we all would …feel safe and feel loved… 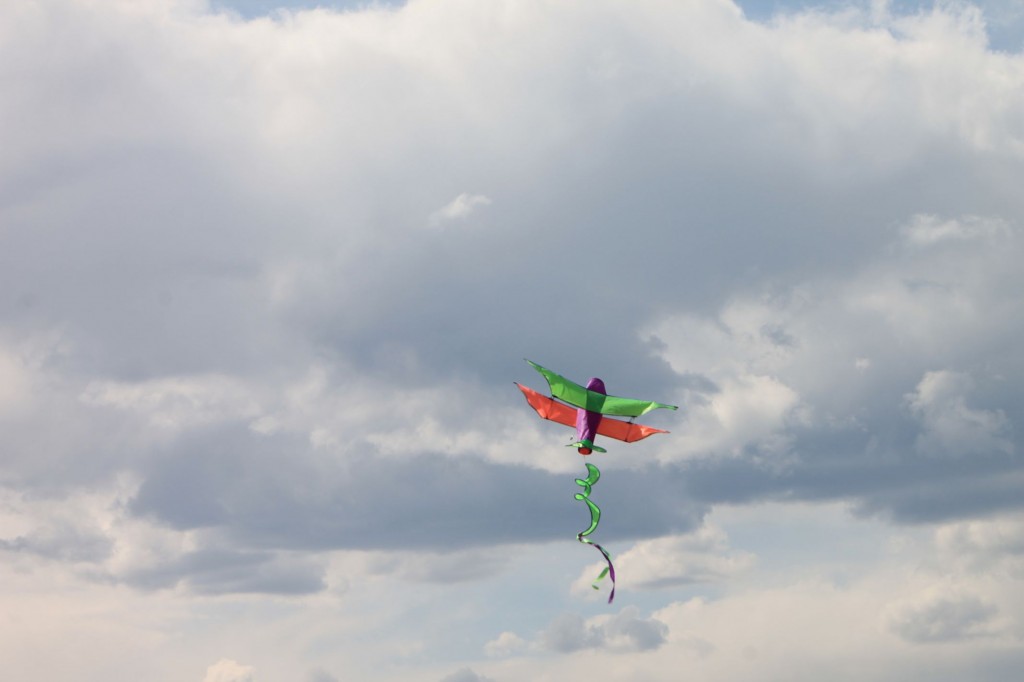 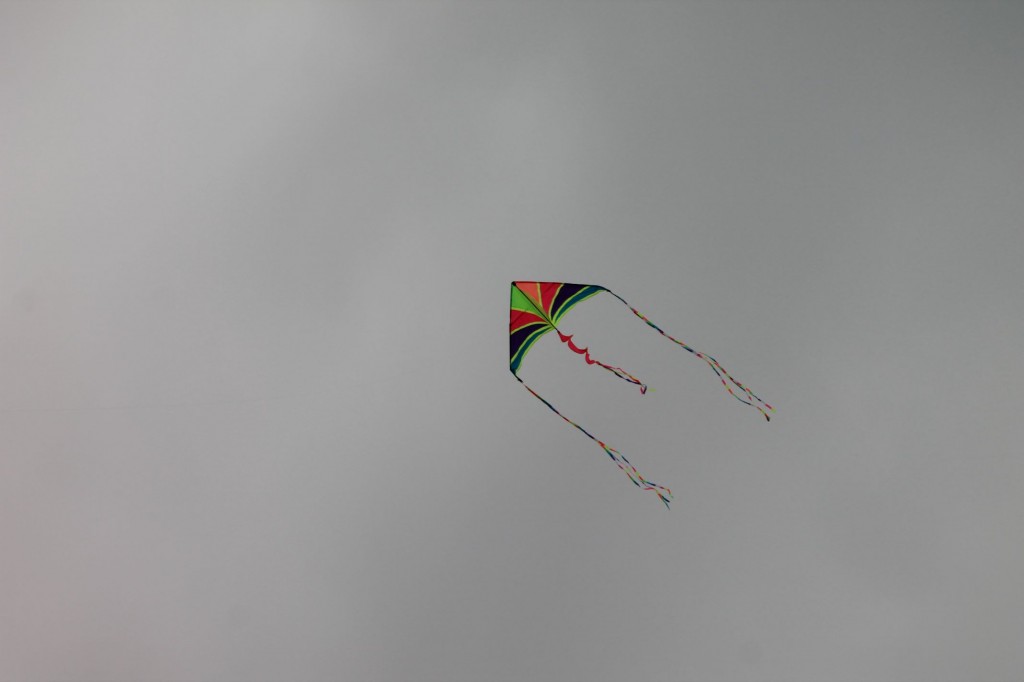 days later we’re all crammed together working at this workhorse of a kitchen table.  with papers strewn between us, this Pursuing One breathes hope and i am overcome with perplexity and gratitude.  in this moment, amidst this mundane, she grasps my true heart towards her and speaks it forth.  in her words, i grasp her true heart towards mine and my heart swells with the joy found amidst papers and assignments and drudgery. 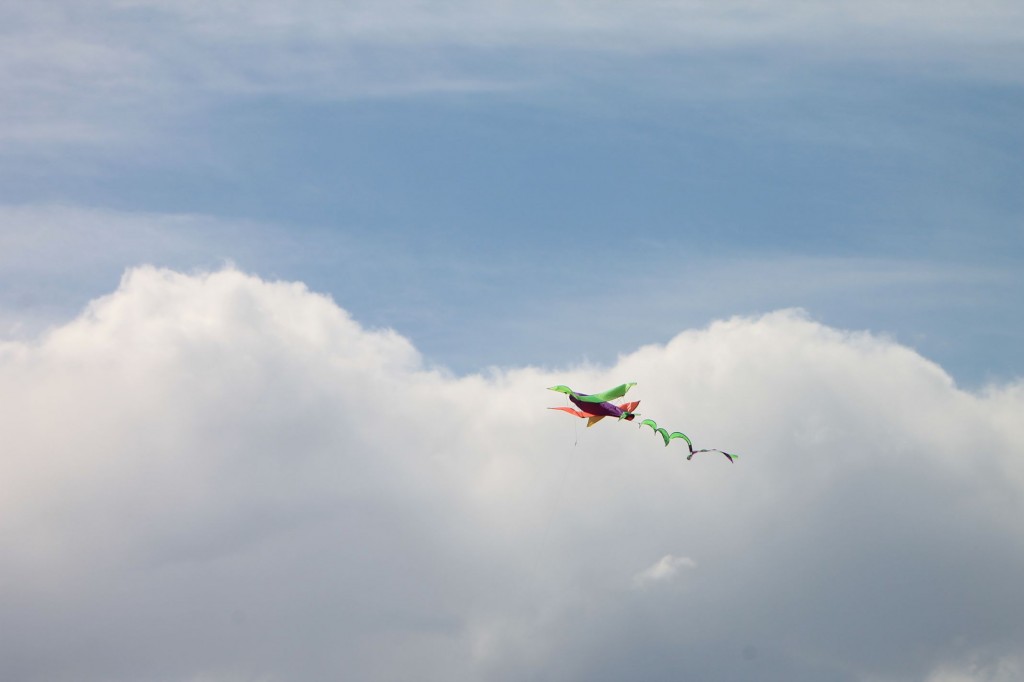 i have beheld Your Glory. 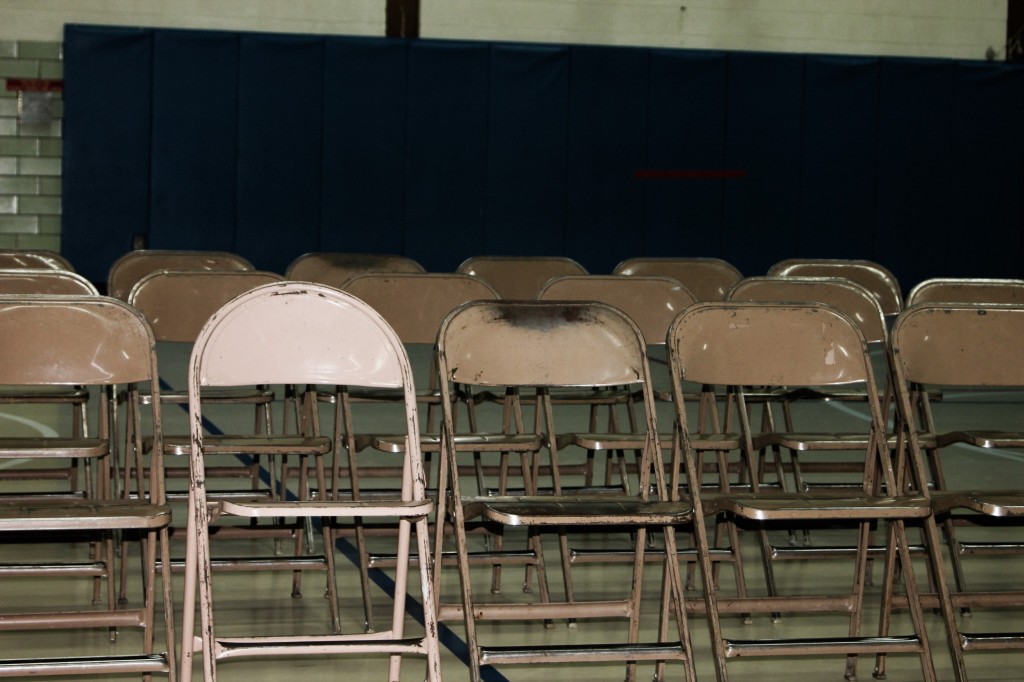 Sifting through the pains of my recent influx of misunderstandings, i am becoming aware of the sting related to having my words misinterpreted from a deficient knowledge of my character.
and then there is the deeper pain of having my character misinterpreted because of misunderstanding my words or my actions, my absence of words or my absence of actions. 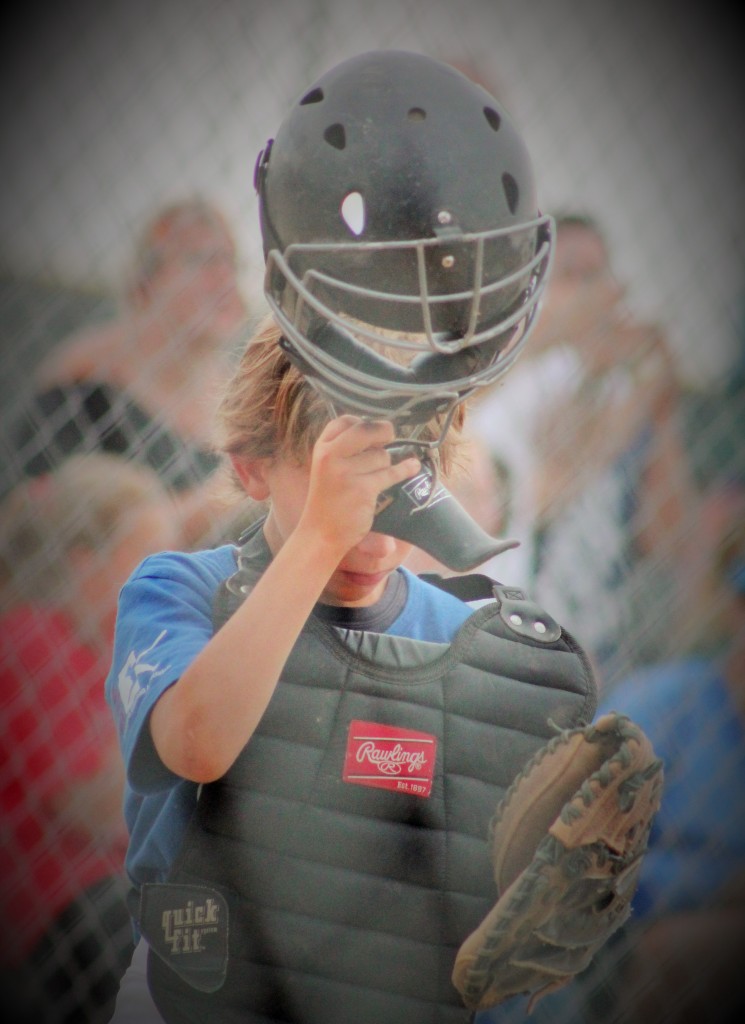 i’ve found myself in some difficult passages of scripture lately and this is how things went the other day;

me: ranting and raving about how what i’m reading seems so cruel.

Christ-do you see how you are misunderstanding Me?

here i am allowing my confusion to lead me into questioning the Faithful One’s character.  and so it goes with everyone else.  i do this to others and they do it to me and it hurts. 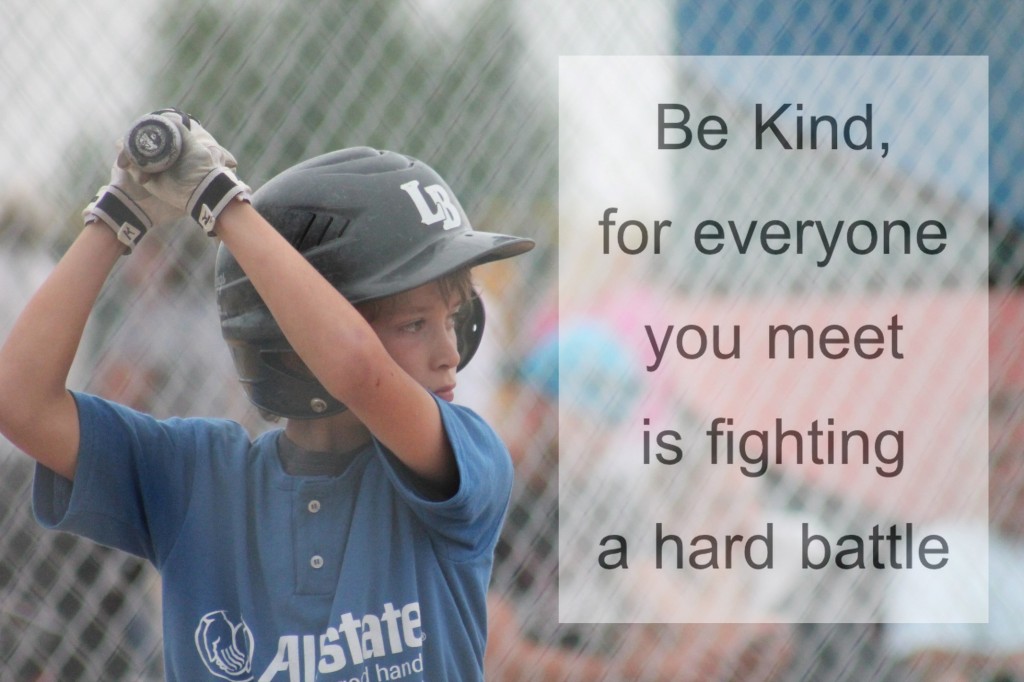 some source this quote to Plato, others to Ian MacLaren (http://quoteinvestigator.com)

the Word made flesh has invited me to view His word through what I know of His Character rather than view His character through what i’m struggling with in His word.

and he’s offering me salve for the wounds i’m carrying; that pain when people think bad things about me because I’ve made their favor my goal.

Come now, My love. My lovely one, come.
Come to Me, My weary, My burdened one, come.

I have summoned you by name; you are mine.

Take My yoke upon you and learn from Me, for I am gentle and humble in heart and you will find rest for your soul.

Her eyes give away the anxiousness mixed with anticipation.  in her thoughts she reminds herself that her God is both good and sovereign and can be trusted with what He gives and where He leads. 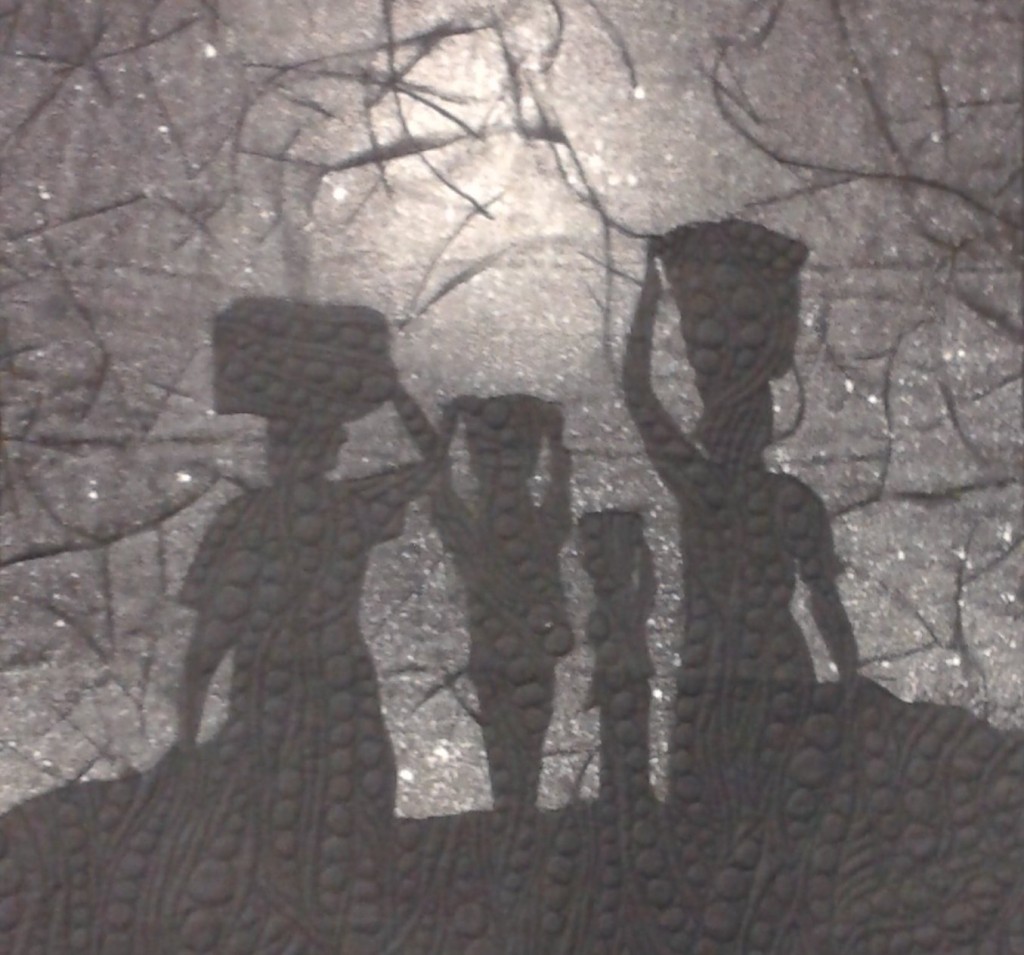 composing  those words and this picture amidst a scene of other excited travelers embarking on a wonderful week-long artist retreat in Normandy France  would carry the statements about God into a specific place in a receiver’s heart.

composing those words and this picture amidst a scene of bomb-destroyed rubble and other weary and frightened travelers embarking on a long journey to a refugee camp would carry the statements about God into a very different place in the receiver’s heart. 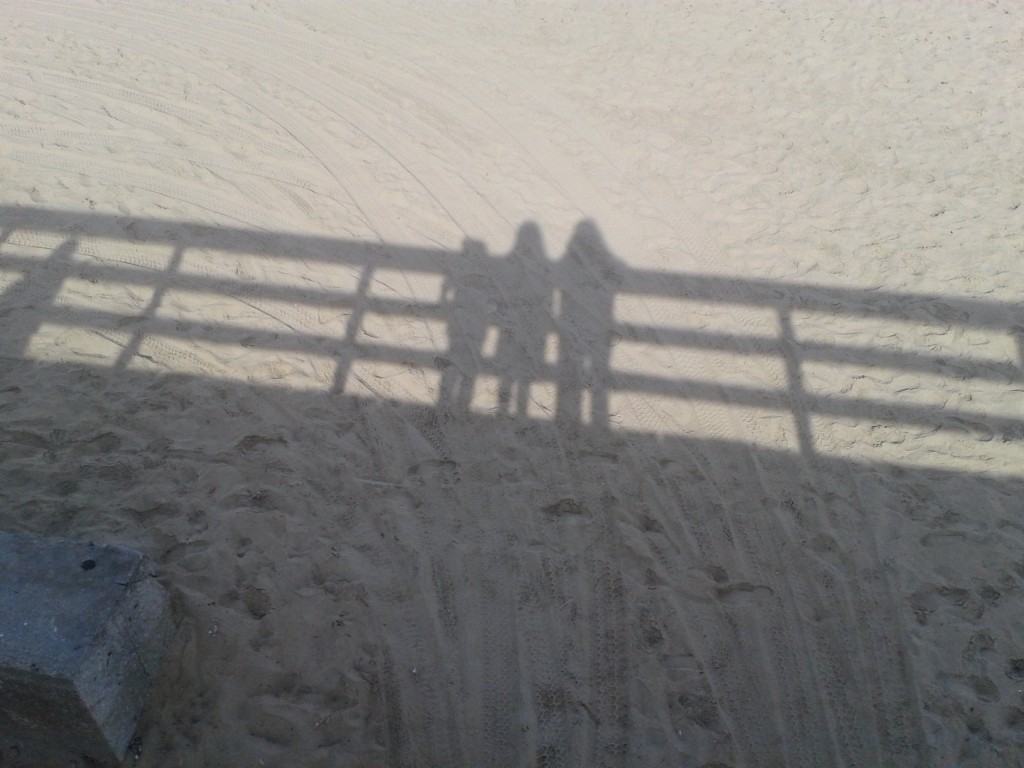 the places that the Lord is inviting me- you know, those places of feeling inept, the pain of being misunderstood, of struggling with communication.  i have become aware of a myriad of ways this is playing out in my life these days.  Providentially showing up it seems everywhere i turn.  and so my Father has my attention and i am seeing various places for tearing down idols and building up strength in Him.  so here i am with another unplanned series.

today is a lesson in composition.

i have mastered enough of the English language to effectively use words to communicate.

…”for apart from Me you can do nothing.” 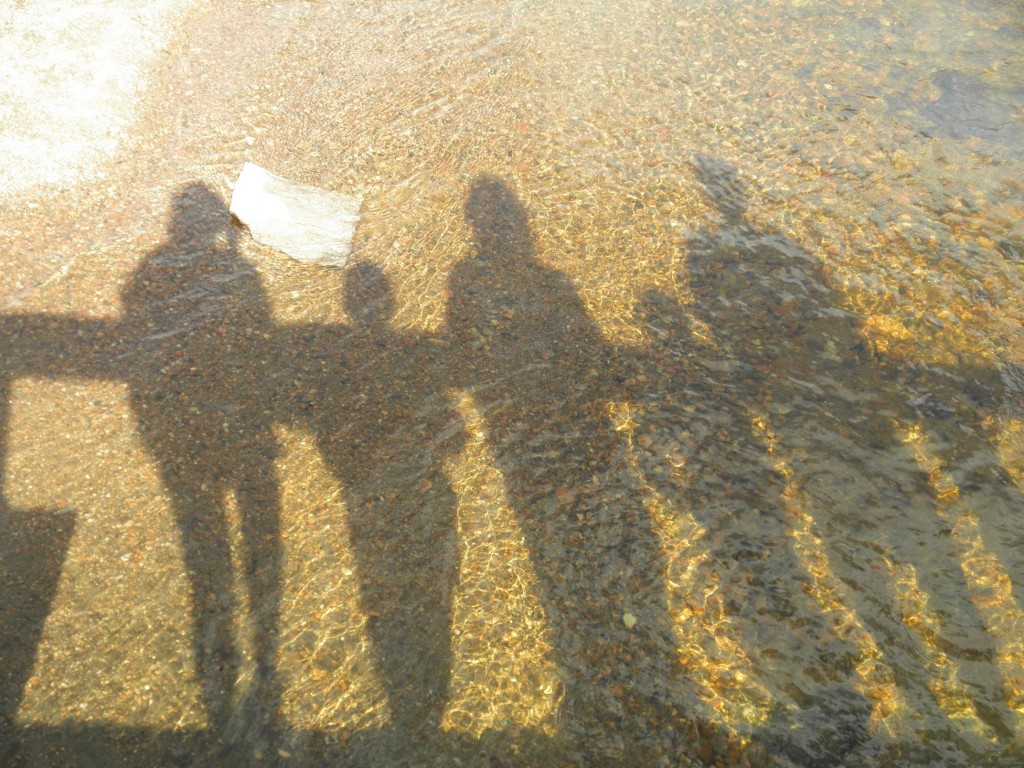 and so the Master Communicator invites me to pray over my words….

….and then release them into His capable hands.