books that have left their mark 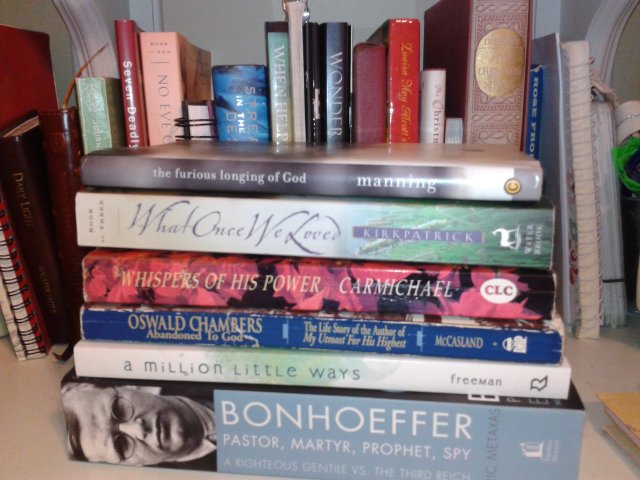 you know the ones….

the cover closed and you just sit for a moment
never to be the same again.

these are books that have marked me (listed in no particular order):
(eventually i’ll make this list a bit more useful with links and such)

Things as They Are; mission work in southern India by Amy Carmichael

To a Different Drum by Pauline Hamilton

anything and everything by C.S. Lewis

Heroes of History series by Janet and Geoff Benge:

The Narrow Road by Brother Andrew

Winnie the Pooh by A. A. Milne

The Giver by Lois Lowry